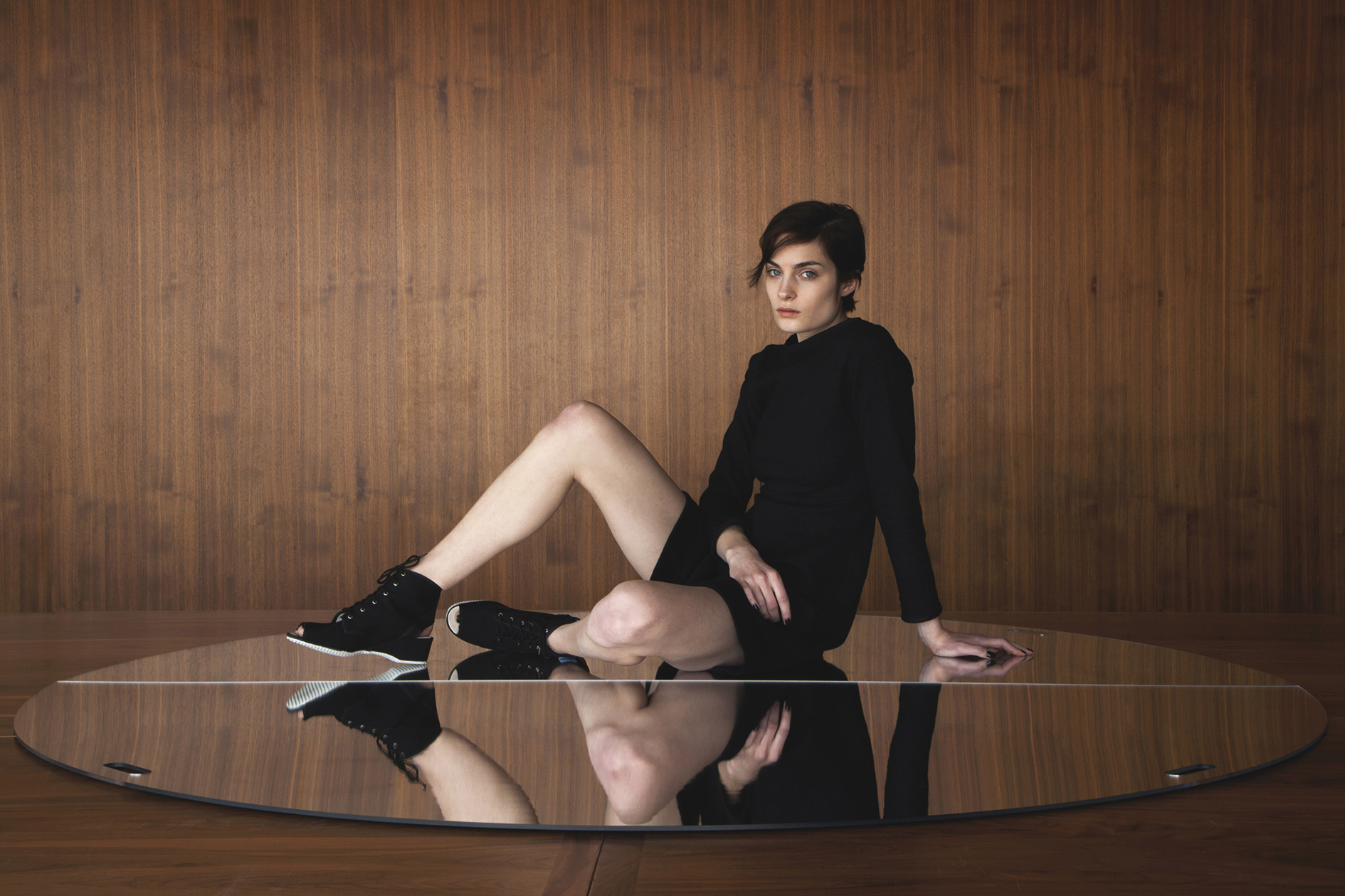 The Borosana shoe was first developed over a nine-year period (1960-69) at Borovo Rubber Industry Headquarters in Vukovar, Yugoslavia. After being designed and tested by the Borovo female workforce and an orthopedic surgeon, the shoe was mandatory for Yugoslav women working in the public sector. Borosana was launched in 1969, in white and navy colors, featuring an ergonomic platform, calculated as ideal for nine hours of standing without hurting the wearer’s spine. In the declining years of Yugoslav communism the model was withdrawn from mass production. Fabrication was abandoned when Vukovar became a war zone in 1991.

Each time Nine Hour Delay is exhibited, Borosana becomes the official work shoe of the host institution advancing the constructivist maxim of great utilitarian design in service of the working woman. All those, regardless of gender, seduced by the prospect of wearing ergonomic women’s footwear and employed by the host institution are eligible to receive a pair of Borosana Shoes within the rubric of Nine Hour Delay. The shoe is a clock providing a distinction between labor time and leisure time; by signing form B-02, workers commit themselves to using the shoe in the context of its original making. When the shoes are on, work commences; when the shoes are off, work ends.