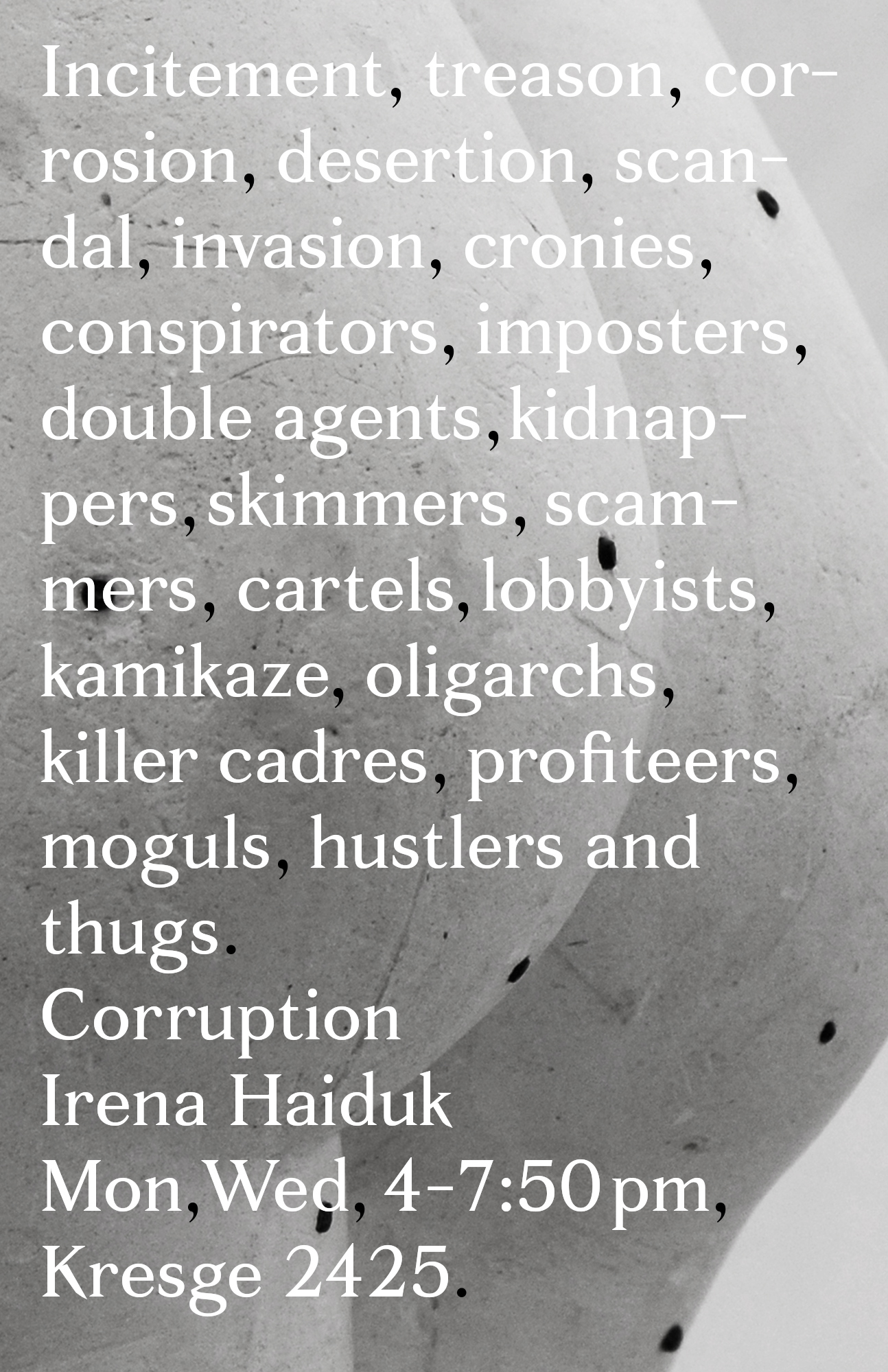 This class promotes corruption as an art strategy and examines its official veneers and unofficial rules. Corruption is the gravitational pull that keeps markets, like atmospheres, bound to the center of the earth.

*Note that the assesment format of this seminar is conversation, debate and oral defense. Written sumaries, tests and presentations are substituted with collective making and organizing assignments.