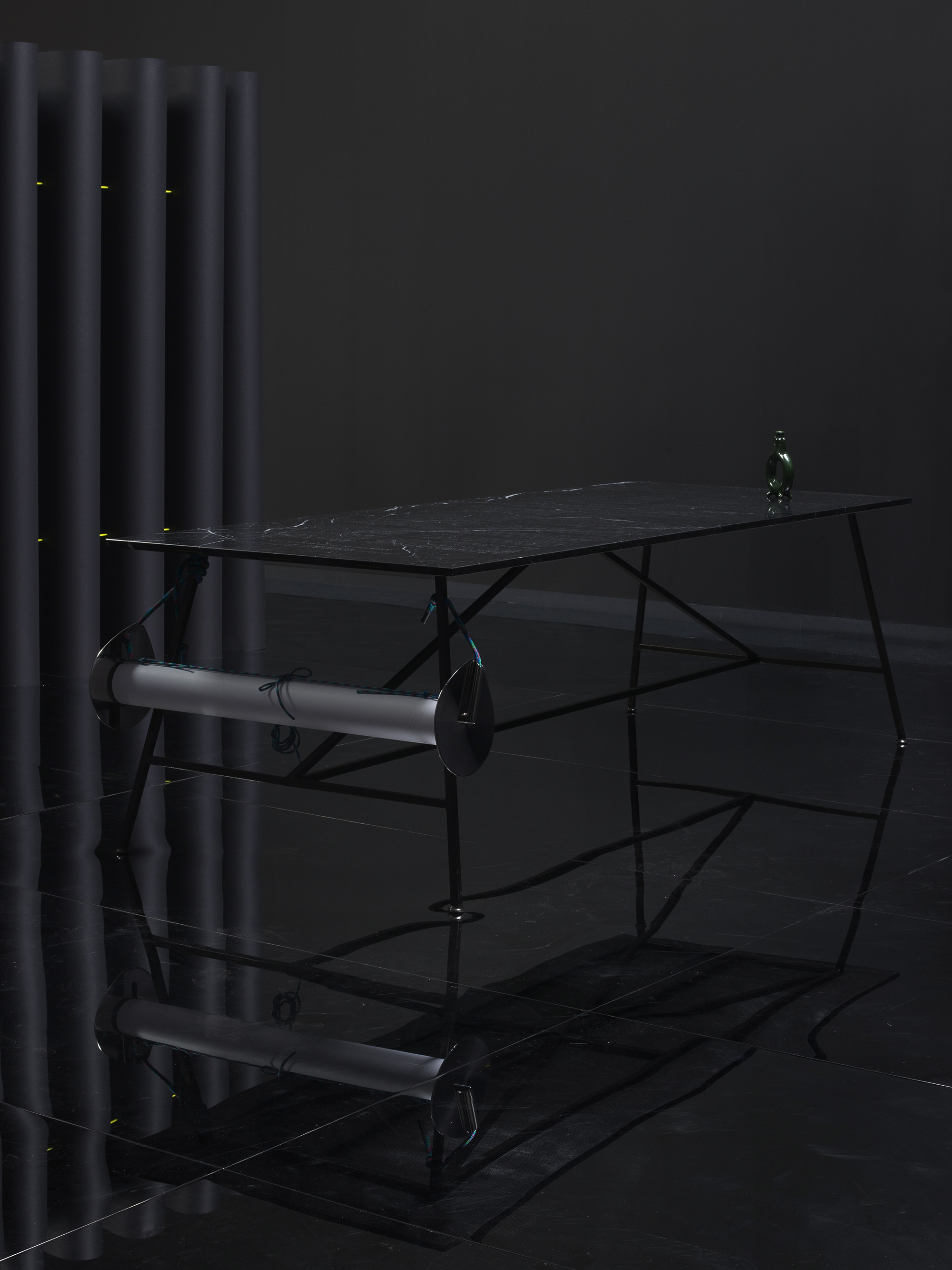 Yugoexport Articles of In-Corporation are etched into two horizontal marble steles: in Serbian as filed in Belgrade, Serbia; and in English, as filed in Chicago, USA. Wherever the steles are exhibited, visitors may produce graphite rubbings for a fee. The rubbings are numbered, certified and signed. The stele, mounted on two tables, were first presented in the Transactional Area of SER at documenta 14 in Kassel.

In Athens, one storefront in Stoa tou Vivliou book arcade hosted one reproduction of the documents. Every Friday at dusk, a member of the Army of Beautiful Women would appear and read aloud from the in-corporation documents demonstrating the full use of this oral corporation’s principles.

In classical Athens, all tributes and laws were written on papyrus and filed in the Agora. Copies of these documents were inscribed into marble steles and placed throughout the city-state, orated once weekly for the citizens of Athens. For ancient Greeks, marble had the status of a copy. Yugoexport Articles In-Corporation exist only as reproductions in the form of steles, rubbings and orations.