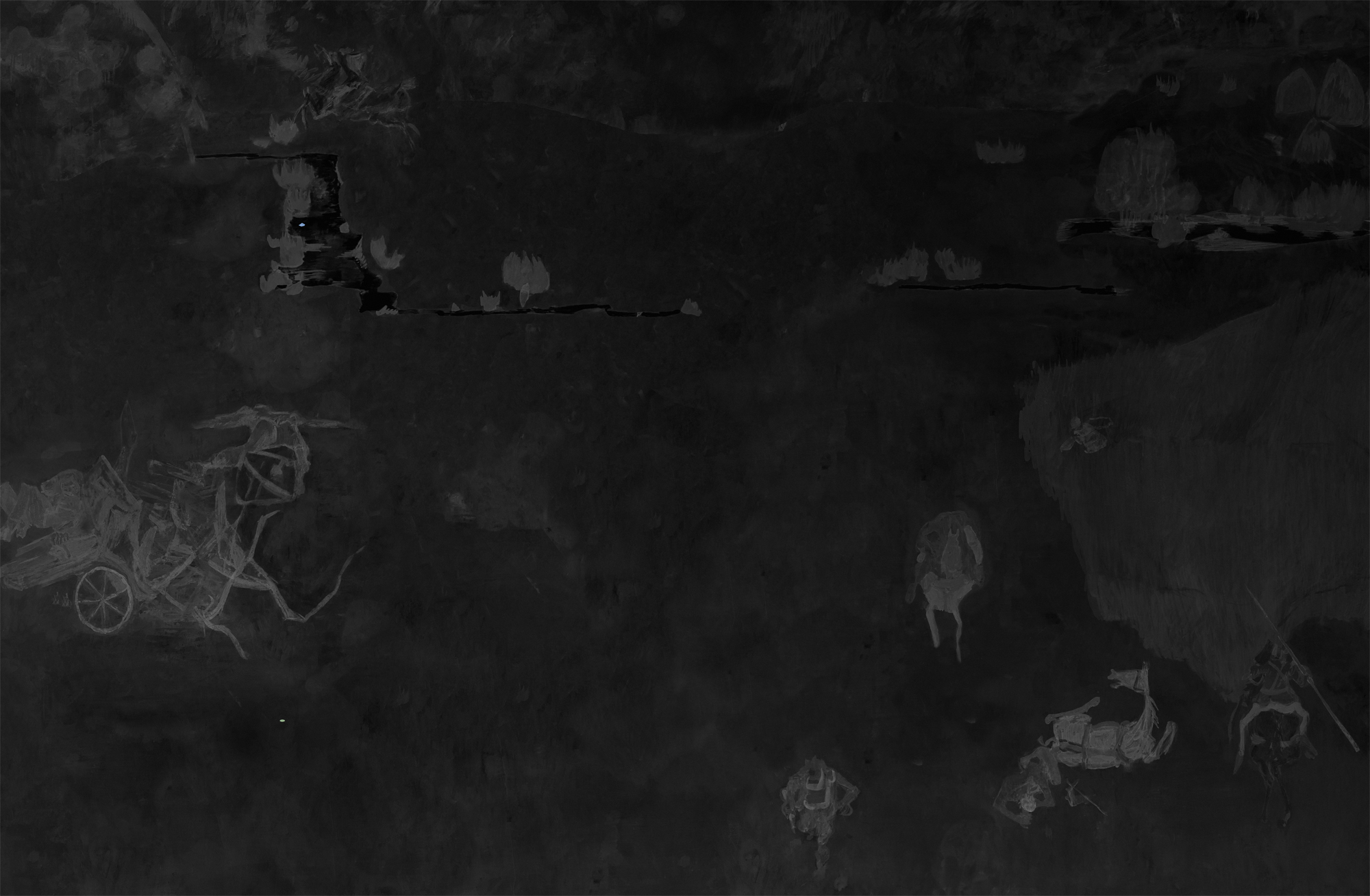 After a long conquest, an emperor and his army reach the edge of the world. Not a barrier, but the border of an encompassing darkness. They enter the Dark Land. Once inside the void, the horses panic and the soldiers scatter. They wander hopelessly for days. Suddenly a voice sounds in the dark, ageless, clear, and light:

There is nothing in the Dark Land but pebbles under the soldiers’ feet. Some think: “If I take any, will I regret it?” Others think: “Maybe, maybe I should take just one.” The agony exhausts them, and they sleep. The next day, they awake on the fields by their home city. The soldiers who were holding pebbles are now holding diamonds. They regret taking only one or two. The rest regret not taking any.

T.V. (Tamni Vilajet) is an adaptation of Raoul Goldoni’s 1963 mural depicting “the life, suffering and struggle of the people in the region where President Josip Broz Tito was born, from the Middle Ages, until the liberation” at the Museum of Yugoslavia, Belgrade.

T.V.’s 17 panels measure 12.5m—the width of the production line of Rheinmetall, one of the largest weapons manufacturers in Europe. The individual panels measure 1.4 m—the width of Yugoexport’s production line. Initially presented at the threshold between the Waiting Room and the Blind Room at documenta 14 in Kassel, T.V. is an oral image of armies lost and people wandering the dark.

Special Thanks to Museum of Yugoslavia, Belgrade and Daniel Bauer.