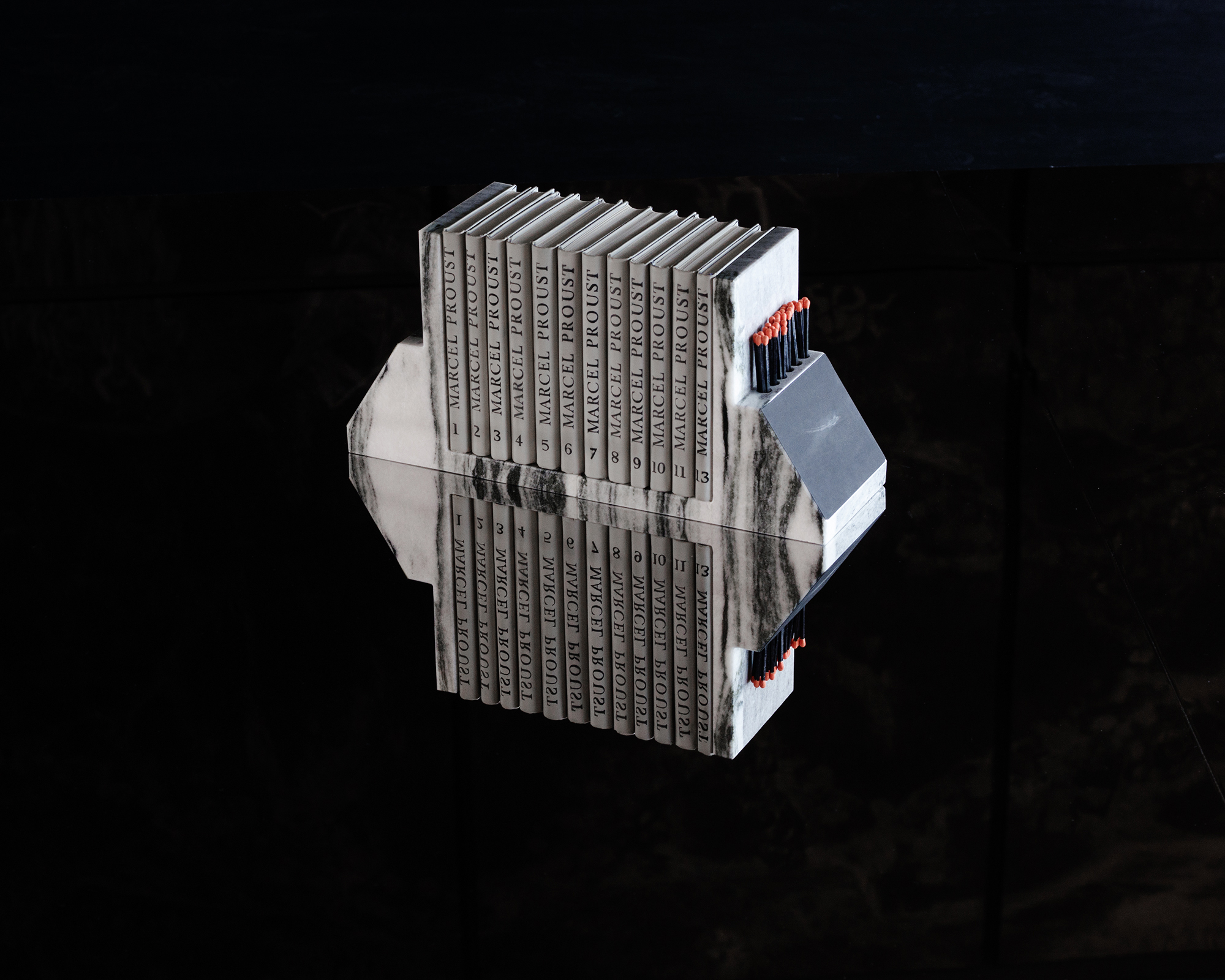 A 13-volume set of Marcel Proust’s collected works was published in Yugoslavia in 1965. This edition, in the Latin alphabet, was highly valued by Yugoslav intelligentsia for its elegant translation from French by the poet Tin Ujević. During the Bosnian civil war, these Proust sets fetched up to the equivalent of a full year’s salary in the Belgrade black markets. They were frequently looted together with other valuables from Bosnian homes.

The set exhibited in Seductive Exacting Realism (SER) at the Renaissance Society was seized by local police from Belgrade Kalenić Market in 1995. It was acquired at a public auction in 2014. The set was missing volume number 12. The missing volume was reproduced as the monograph for SER.

Means and Ends contains the looted set. At documenta 14 in Kassel, Means and Ends was placed in the Waiting Room of SER and used in the practice of Spinal Discipline.