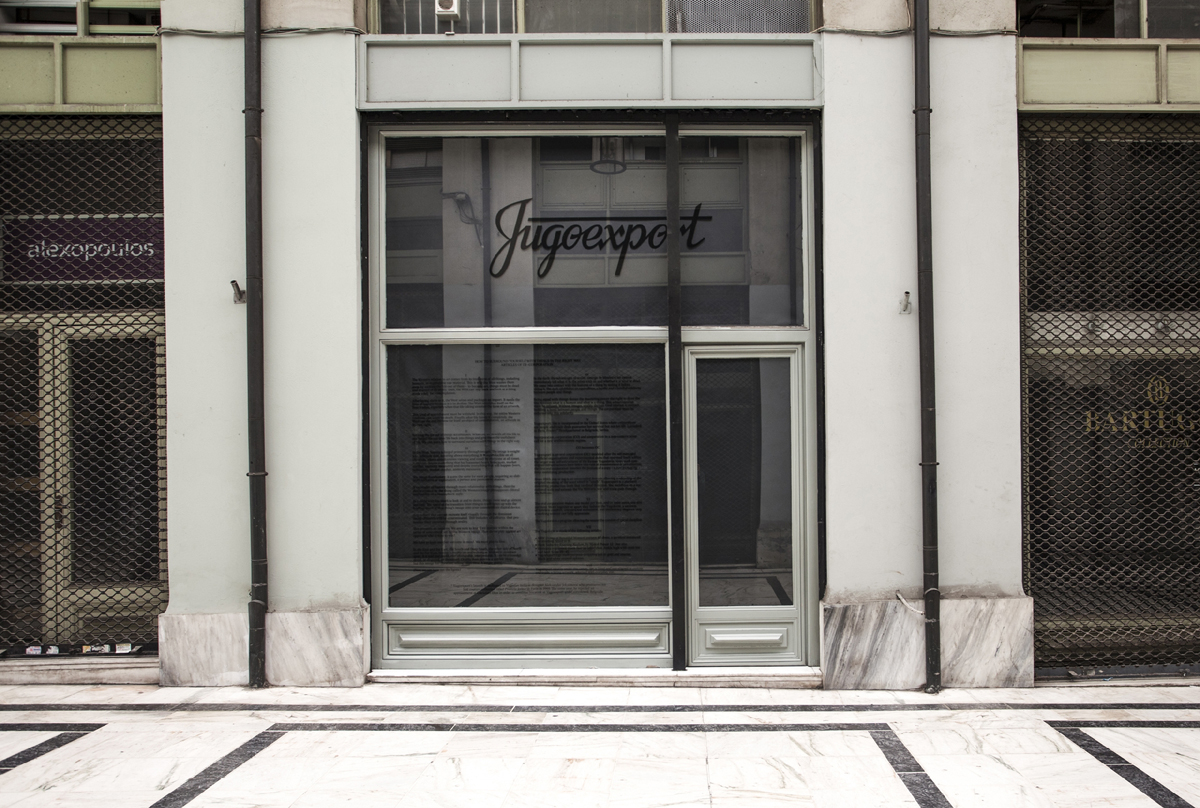 One storefront within the Stoa tou Vivliou book arcade hosts the incorporation documents of Yugoexport, a “blind non-aligned oral corporation”. Incorporated in the United States (where corporations are people), launched in Paris and headquartered in Belgrade, her process of incorporation continues.

The in-corporation documents in Athens act as the original file. Their copies appeared at documenta 14 in Kassel and on Terazije square in Belgrade in 2017. The storefront in the book arcade is a legal document in the classical Athenian tradition, where all official tributes and laws were inscribed in papyrus and then filed in the Agora. These papyri were then copied onto marble stele and placed in public squares for oration by designated readers for the Athenian public.

Each Friday, as night falls, a member of the Army of Beautiful Women reads aloud in Greek from the in-corporation documents of Yugoexport, demonstrating the full use of the oral corporation’s principles: